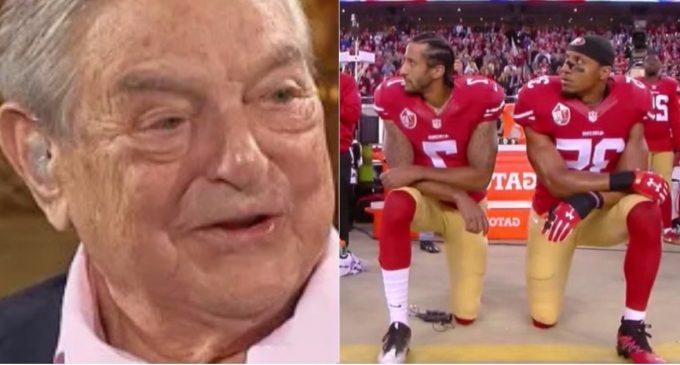 The very people who are intent on destroying this country by allowing it to rot from the inside-out are the very people who are financing most (if not all) of the viciously anti-American organizations, policies, and personages responsible for countless people being killed (cops), beaten up or shot (Trump supporters, veterans, patriotic Americans and Congressmen), having their property damaged (Berkeley, Ferguson, Portland, Baltimore, etc., etc., etc.) and silenced from speaking their minds (college campuses, state houses, courthouses, government offices, internet, and Fake News Industrial Complex (FNIC)).

When push comes to shove, the only people who are standing up for America are the people who don't blindly follow a political party on either side.  I'm reminded of J.R.R. Tolkien's “The Two Towers” wherein Treebeard is asked by Merry and Pippin what side he is on and he answers, “I am not altogether on anyone's side because no one is altogether on my side.”  That's where Trump supporters remain; in a political limbo that cannot be defined by the Right, because they encapsulate the endangered Swamp RINOs, nor can it be defined by the Left, for very obvious and multitudinous reasons.

A new report has been issued that shows how deeply the Left is involved in this anti-American movement, showing that the very man behind so many victimhood riots and entitlement pushes, George “Puppet Master” Soros, is a very good friend of the National Football League Players Association (NFLPA) and that they and he are personally bankrolling this latest effort to destroy America from within, driving home an unpatriotic message with every single televised sports event!

Turn the page to read more about how Soros has enlisted the help of very complicit players in NFL in accommodating their own eventual demise!