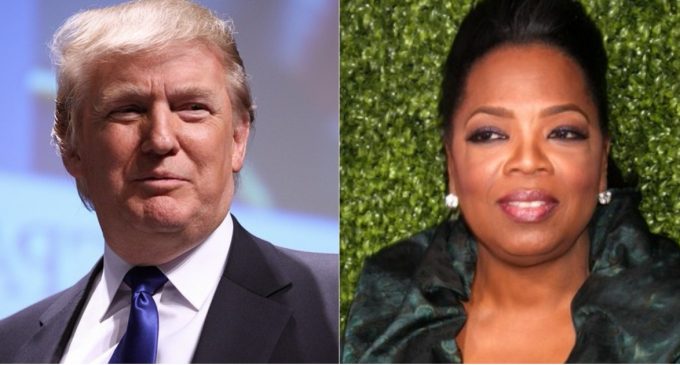 Oprah Winfrey has been outspoken in her jealousy that her fellow television peer Donald John Trump has managed to turn his business sense and stardom into a successful bid for the U.S. Presidency.

In an interview just last March on Bloomberg with interviewer David Rubenstein, the possibility of an Oprah 2020 run was mentioned. With Rubenstein condescendingly sneering at Trump with the statement “It’s clear you don’t need government experience to be elected president of the United States”. To which Oprah gleefully replied, suggesting the same thought was at the forefront of her mind stating: “I thought, ‘Oh gee, I don’t have the experience, I don’t know enough.’ And now I’m thinking, ‘Oh. Oh”.

Now two of Oprah’s closest confidants spoke under condition of anonymity with CNN on whether or not she plans on running in 2020 against President Donald John Trump. Of whom she has frequently spoken of in scathing terms. She’s also mentioned that should she ever take office former President Obama and his wife Michelle would only be a phone call away to guide her decisions. Which is just what America needs, another term of former President Barack Hussein Obama’s policies, for the New World Order that is.

Continue to the next page to learn what Oprah is mulling over to thwart President Trump from Making America Great Again.