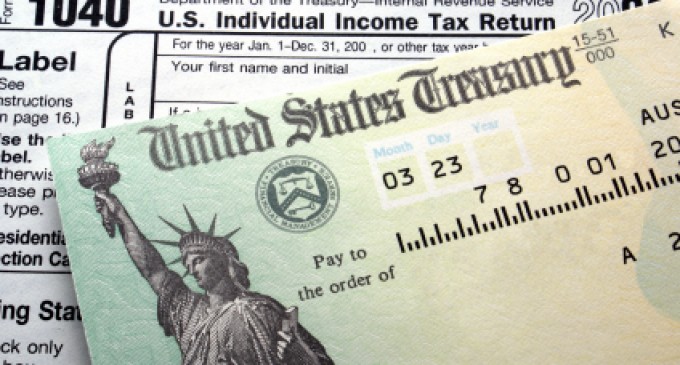 So the IRS is not only attacking patriot groups they are giving your tax dollars to illegals.

In 2010, more than 2.3 million illegal aliens residing in the United States received more than $4.2 Billion in child tax credits.

In large cities and small towns alike, across the nation, illegals are receiving massive tax returns that at times, equal more than half of the amount of the average American citizen’s annual income

In towns as small as Thermal, CA, where the population is just under 3,000 total residents, there were 67 tax returns sent to illegals residing at a total of only 95 addresses in the total amount of $402,000 in refunds.

How can this be happening, you ask? It’s due to a little tax rule passed back in 1996 that was nothing more than the IRS’s cheesy little way to pay illegals to stay in the U.S.