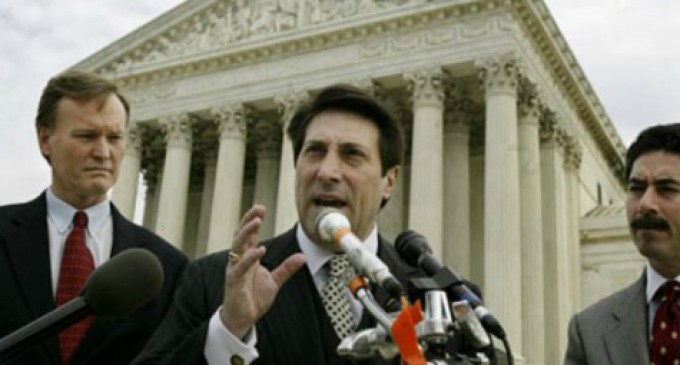 The IRS's targeting and harassment of conservatives and Tea Party groups impacted the 2012 presidential election between Obama and Romney.

We know that the IRS is suppressing conservative groups, so it's not only ‘possible', it happened.

And, because it happened it basically means the election was stolen – just one more reason why Obama's presidency is illegitimate.

Jay Sekulow, chief counsel for the American Center for Law & Justice, said it was “very well possible” that the IRS's targeting and harassment of conservatives and Tea Party groups impacted the 2012 presidential election between President Barack Obama and Republican candidate Mitt Romney.

Testifying before a House Oversight and Government Reform Subcommittee on Regulatory Affairs hearing Thursday to discuss the IRS's targeting of conservatives, Sekulow, whose organization is representing some Tea Party groups that were targeted, was asked by Rep. Jim Jordan (R-OH) whether he felt that the targeting changed or impacted the 2012 election.