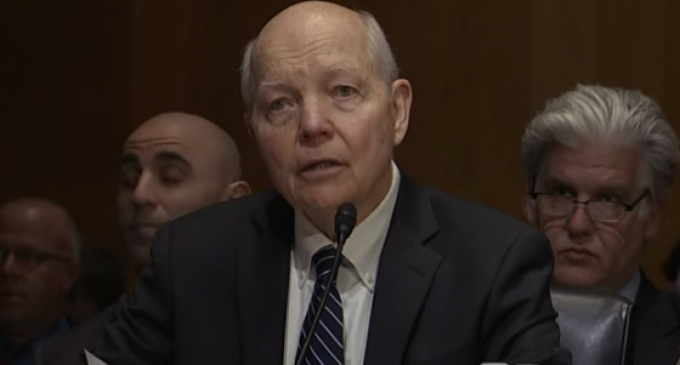 I hate the IRS, and so do most of you. While most of us will agree that the government needs to have some money to run the various programs and agencies that we all benefit from, and there must be a system to collect the money to do that, it is reasonable to be suspicious that the agency is unfair and draconian in how it does it's job.

The IRS will whine about how many people try to “cheat” them out of money each year with dishonest filings, but fail to mention how much extra cash is collected because people fear being audited, and so do not take deductions that they are entitled to.

Certainly, the latest scam under division chief Lois Lerner showed that the agency was a biased, political machine, willing to punish conservative political groups and to protect wrong doers from disclosure. In essence the public has learned that the IRS is a ruthless, corrupt political entity that is answerable to no one. And current IRS Commissioner John Koskinen sanctions those actions and is a political hack working for the Democrat party and their agenda.