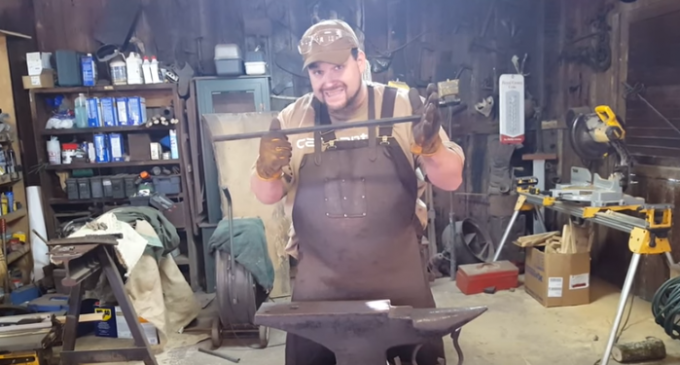 Well, an iron worker on YouTube is causing quite a stir among people who believe that the towers were not, in fact, brought down by the jets flown into them.

In the video, the man attempts to debunk the theory that structural steel would remain strong at the temperature at which jet fuel burns by heating a peace of structural metal to that very temperature and bending it easily.

Move on to page 2 for the video: