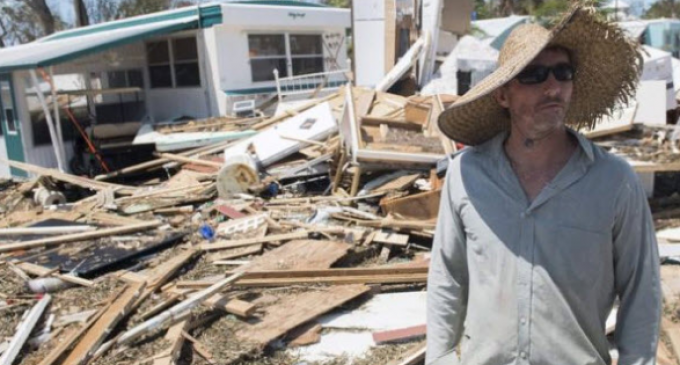 With all of the criticism heaped on President Trump regarding his administration's response to Hurricanes Harvey in Texas and Irma in Florida, you would think that the Fake News Industrial Complex (FNIC) might spend just a moment's time on the reactions by other local government officials within the states.

In many of the counties hit by the hurricanes, the citizenry is complaining that a myriad of local government services is inadequately responding to the needs of the community.  From a shortage of utility repair and clearing the streets of trees and debris, to a simple reaching out to the communities to find what it is that they're needing in the matter of shelter, clothing, food and water.

Granted, there are those few elected officials who are doing their best to be out in the community, rolling up their sleeves, and helping to do some of the heavy lifting themselves.  But those individuals are rare and the vast majority of them are sitting in cushy chairs in air-conditioned offices, pushing government paperwork and signing notices.

In Democrat-dominant Miami-Dade County in Florida, Hispanic resident Celso Perez just found out why it is that the majority of his ethnic group actually vote Republican, after being slapped with a notice of violation on a hurricane-damaged fence…JUST SIX HOURS AFTER THE STORM PASSED HIS HOME!

Turn the page to read more about this outrageous bullying technique by a Jackass Party-driven county desk!