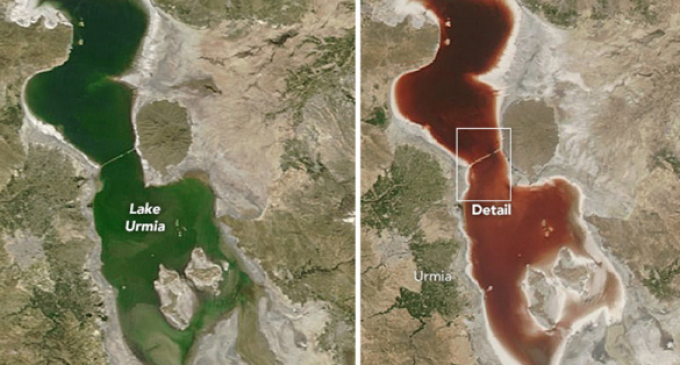 Iran's Lake Urima appears to have had a biblical prophecy come to pass. ‘The third angel poured out his bowl into the rivers and springs of water, and they turned to blood.'

A once blue water lake, five times the size of Hong Kong, has been decimated by drought.  The shrinking body of water is almost 90 percent smaller than it used to be.  The high salt content has contributed to the blood-red tinge, along with the low water levels which reveal the microscopic bacteria and algae as well.

The once beautiful tourist stop is now plagued with an unsightly red hue and plan by the Iranian government to infuse $5 billion to save it, will no longer help. The lake is beyond repair.

Read the rest of the story and view the video on the following page.