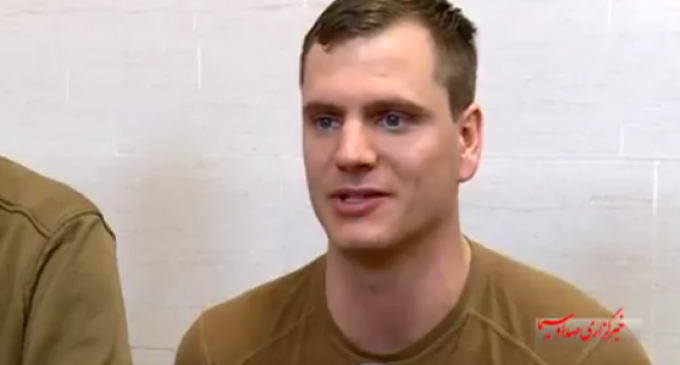 The Iranian government is parading shocking video of a captured US sailor apologizing for trespassing in Iranian waters, as well as other unsettling images. The video was released on the government-run news outlet Tasnim Wednesday afternoon.

First, why would the sailor apologize? The video itself is rather bizarre. Coersion? The boat simply had some mechanical difficulties, there was no reason to apologize.

Pictures have also been released of the detained sailors, showing one of the female sailors had been forced to wear a hijab during her captivity.

Also, the sailors were forced to kneel before the Iranians in footage that looks like some sort of contrived display.

The sailors have since been released by the Iranian government, but the video and pictures will no doubt perpetuate the loss of face to Obama’s foreign policy foibles as he proves to be a severely weak leader in the eyes of world.

Watch the video on page 2.