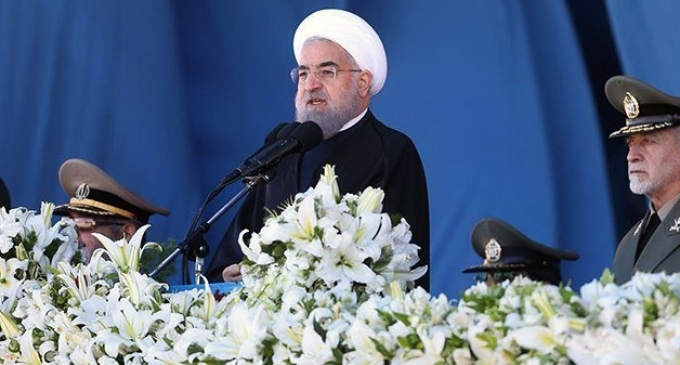 Do you hear that?  That sound of stones falling to the ground and pattering down the hill?  It's the graven image of Obama's Legacy crumbling bit-by-bit into obscurity and myth.  Yet another stone of that statue of greatness has broken from the base and is quickly tumbling away without hope of returning.

The much-touted and lovingly adored by the press Iran Nuclear Deal, paid for with the future blood of our American children who will have to possibly confront a nuclear-capable Iran, not to mention the billions involved in the illicit ransom trade for hostages, is about to disappear forever from the books of history as a success story.  The Leftist press proclaimed the deal to be a success long before they even knew the details of the deal and the Obama Presidential Library will no doubt have a plaque set aside that reminds everyone of how President Obama donned his cape with the big “O” on the back and saved all humanity with his ream of paper signed with his approval.

The reality of the matter is that the deal ended last January, but the resounding failure is more apparent every day as Iran continues to flaunt its ability to continue to produce and test long-ranch missiles, despite it being in violation of international agreements and rules.  Newly re-elected Iranian President Hassan Rouhani has upped his rhetoric from dangerous to threatening, stating that the “Zionist regime” (Israel) and the United States will pay dearly for their insolence if they intend on attempting to limit or impede Iran's missile program and its progress toward more advanced systems.

In statements yesterday, the leader of Iran warned that the Trump administration “will never stop” Iran's plans to continue to build a missile defense program and that we are severely delusional if we believe that mere sanctions will end their endeavor.  Their threats to continue improving these missiles is suspected of being a ruse, a misdirection for industrious work going on behind-the-scenes that threatens a more dire and insecure future in the Middle East.  As Trump's arms deal germinated in Saudi Arabia just a week ago, Congressional lawmakers led by Senator Rand Paul are working to undermine such a deal, saying that they will limit much of the equipment that is being touted in the deal being transferred to the Middle Eastern region.

Working against such an effort however is a 50-Congress member panel that is drafting a sanctions response to Iran's provocative remarks.