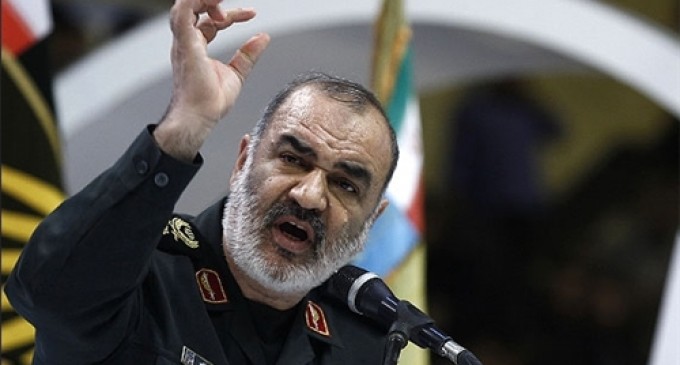 President Obama’s plans to pay off Iran with eased sanctions are achieving predictable results. While his draconian and unconstitutional domestic spying policies continue to erode American freedoms without any evidence they prevent terrorism, his foreign policy only encourages aggression from enemy nations.

According to the Daily Caller:

A top commander of Iran’s Revolutionary Guards boasted Saturday that his forces have plans in place to attack the United States from within, should the U.S. attack the Islamic Republic.

“America, with its strategic ignorance, does not have a full understanding of the power of the Islamic Republic,” Brig. Gen. Hossein Salami said in a televised interview. “We have recognized America’s military strategy, and have arranged our abilities, and have identified centers in America [for attack] that will create a shock.”

Reports indicate that terrorist Hezbollah forces — allies of Iran — have infiltrated the U.S. and have mapped out targets. 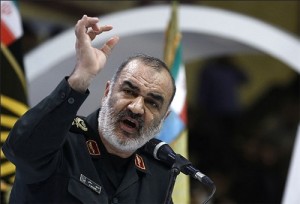 “We will conduct such a blow in which they [America] will be destroyed from within,” Salami said.

This is the second warning by a high-ranking officer of the Guards in two weeks. The chief commander of the Guards, Maj. Gen. Mohammad Jafari, addressing Secretary of State John Kerry, said on Jan. 24 that a direct conflict with America is the “strongest dream of the faithful and revolutionary men around the world.”

Kerry had previously said that if Iran did not live up to the agreement reached in Geneva on its nuclear program, “all options are on the table.”

“Your threats to revolutionary Islam are the best opportunity,” Jafari had said. “Muslim leaders for years have been preparing us for a decisive battle.… Do you know how many thousands of revolutionary Muslims at the heart of the Islamic revolutionary groups around the world are awaiting for you to take this [military] option from the table into action?”

Gen. Salami went further, saying the Revolutionary Guards have taken into consideration America’s military ability and different scenarios under which the U.S. could attack Iran via a limited missile or air strike, or even a ground attack.

Even if these commanders are just posturing for praise at home, it is a sign of how the deluded Obama administration is willing to squander America’s position of strength only to gain disdain from enemy nations.