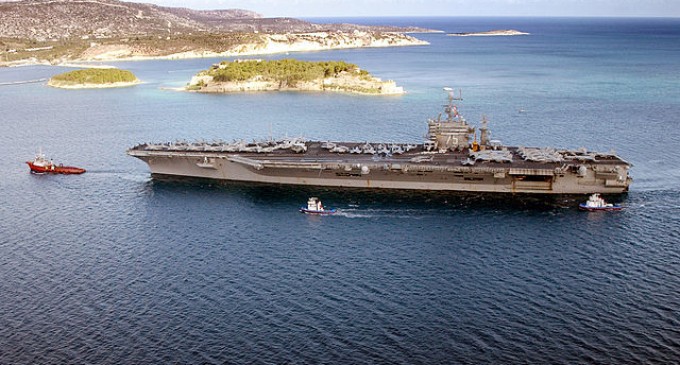 Nobody takes President Obama's Iran deal seriously, least of all the Iranians.

Earlier this week, the Iranian Revolutionary Guard Corps threatened war against the US. A major departure from the pretense of amity it affected during negotiations over it's nuclear deal, this provocation shows that Iran remains as hostile to America as it ever was.

Not content to just rattle sabers, the Iranians openly boasted that their forces had locked their missiles onto the USS Truman. They claimed that the aircraft carrier, like the 10 American sailors it held hostage until Wednesday, was violating their territorial waters, though they offered no evidence of them doing so.

The fact that the Iranians felt angered enough by the presence of US forces to aim their missiles at them and state their willingness to fire them if necessary demonstrates the utter madness of engaging in any kind of reasoned discussion with them.

They hate us in the most blatant, unambiguous way, so why should attempt to placate them?