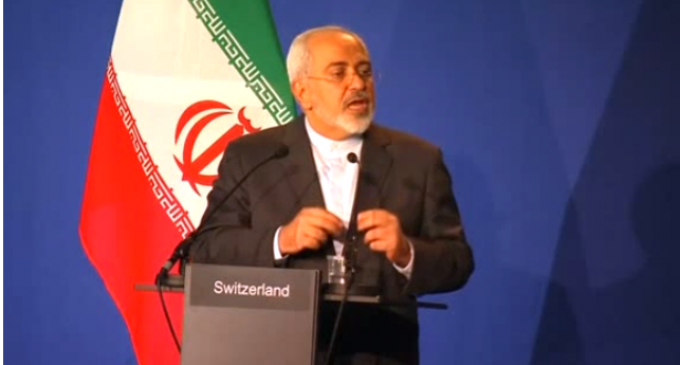 Immediately after the Obama admin released a fact sheet on the nuclear deal with Iran, their foreign minister, Javad Zarif, accused the U.S. of lying about its contents.

Zarif stated that the U.S. and EU will immediately remove all economic and financial sanctions, contrary to what the fact sheet indicates.

Iran’s state-run Press TV reported that the agreement allowed for Iran to continue enriching uranium, and none of its facilities would be shut down.

Iranian media also reported that all of the UN Security Council, United States, and European Union sanctions against the regime will be lifted immediately, once the Joint Plan of Action has been implemented.

Iranian Supreme Leader Ali Khamenei has not commented on the agreement that required his authorization for Iran’s negotiating team to sign off on the accord. As dictator of Iran, Khamenei doesn’t answer to anybody, and has no checks on his power, so it remains unclear whether he will weigh in on the nuclear framework.