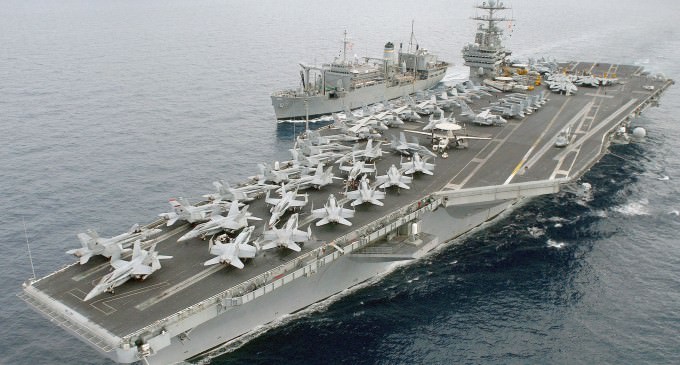 Iranian Revolutionary Guards were flexing their muscles at American forces when they fired rockets that splashed down 1,500 feet from the USS Harry S. Truman.

It is not the first time Iran has caused trouble in the straight of Hormuz. In 1988, Iran planted mines and ended up damaging a US Navy ship. The Navy ended up sinking several Iranian ships in response.

There was much back and forth between the Iranian and US forces after the exercise pertaining to it's legitimacy and the motives behind such an aggressive demonstration.

The events cast an even longer shadow over President Obama's allegedly flimsy deal with Iran over it's nuclear ambitions.

The reports suggest Iran is feeling unrestrained by the deal and are confident they can test the limits of their belligerence without serious consequences.

See the next page for details.