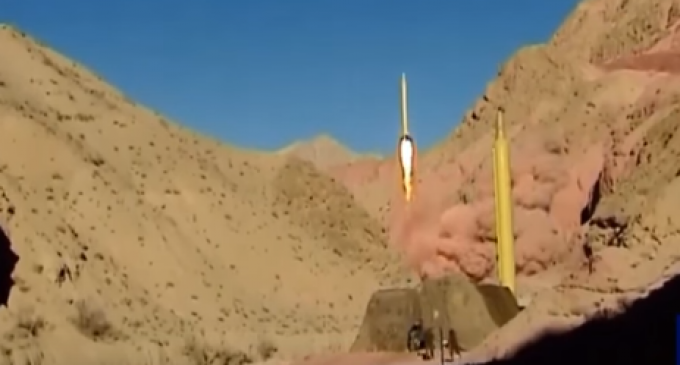 The Obama administration was made to look the fool once again on Wednesday when Iran test-launched two ballistic missiles that had the edict “Israel must be wiped out” written on them. The Keystone Kops performance of the administration, led by Secretary of State John Kerry, would be laughable if it didn't portend such horrendous consequences. Kerry led a U.N. delegation in 2015 to address the sanctions against Iran and their nuclear weapons program, and the new agreement returned well over $150 billion to Iran that had been held because of their weapons development violations, and secured Iran's “promise” to not develop nuclear weapons for ten years.

The agreement was hailed by Kerry and Obama as a great success, similar to the agreement extracted by Neville Chamberlain with Adolf Hitler in which he declared it would mean “peace in our time.” The administration crowed that a new understanding and relationship with Iran was in the offing, somewhat less inspiring since Iranian officials recently declared their goal continues to be the destruction of the United States and the obliteration of Israel. The Wednesday missile launch does not technically violate U.N. sanctions or rules under the new agreement, at least for now.