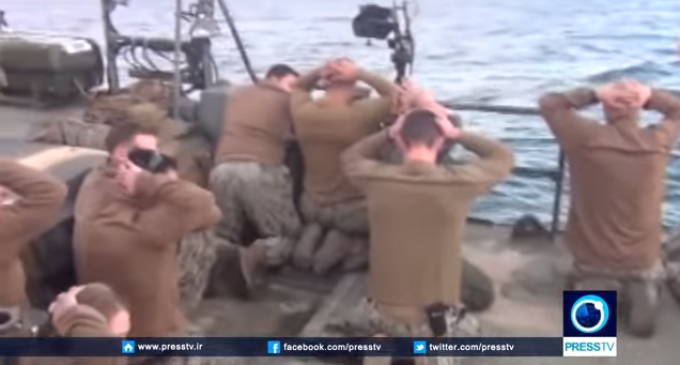 Barack Obama is lucky he didn't look any more foolish than usual, after 10 US sailors were captured and released by Iranian armed forces personnel. The 10 sailors were accused of trespassing in Iranian waters near an Iranian naval base, but were subsequently released after an investigation by Iranian authorities proved that the sailors had done so inadvertently.

This did give the Chief of Staff of Iran's armed forces, Major General Hassan Firouzabadi, the opportunity to hold the capture of the US sailors up to the international press and proclaim that the US armed forces were “vulnerable in front of “powerful Iranian forces.” The military has been dogged by Obama's incompetence since the start of his administration and, were Iran not under the threat of economic sanctions, the incident would have likely ended in tragedy.

The incident reinforces what is already known by much of the Middle East: Obama is not a military leader and does not know how to keep his blundering policies out of the way of experienced military authorities.

Read more about the Iranian military's Chief of Staff's statement on page 2.