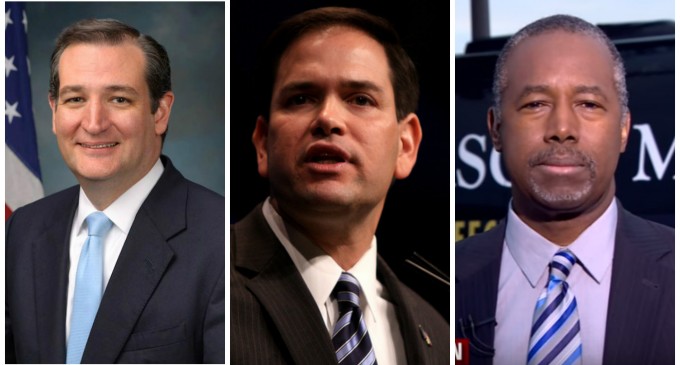 This week's Iowa caucus my have marked a major turning point in American politics, not that anyone has noticed. Take a look at the GOP's four major vote-getters and you'd see a picture of racial diversity that must have the Democrats foaming at the mouth. Two Hispanics and an African American together commanded 60% of the white vote, and from Iowa, no less.

Why does no one care? Because the candidates are conservatives, and the results don't fit the Old White Men Party narrative the Democrat party has been trying force for years.

This week saw the first Hispanic primary win in American history, but the Democrats are pretending not to notice. They'd rather pretended that they are still the party for minorities, pandering to Blacks, Hispanics, gays, and women without actually ever making any progress for their cause. After all, if their problems go away, they have nothing with which to vilify the GOP.

Conservatives, for their part, seem not to notice because it doesn't matter, while Democrats are obsessed with race, Republicans are happy to reflect the works of Martin Luther King Jr. and judge its candidates not by the color of their skin, but the content of their character.

Maybe liberals need to reconsider one of the worlds of King if they intend on holding on to minority voters, because the tide seems to be turning toward the GOP.

Breitbart has the full breakdown of the numbers on the next page: