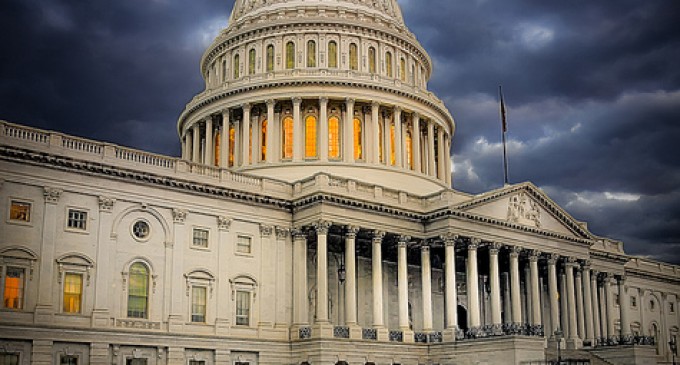 A rather interesting declaration of war against the federal government was made last year by the “The Unified Maine Common Law Grand Jury,” who has created “The Grand Army Of The Republic.”

Their mission is to “suppress commercial mercenary forces operating under the guise of being federal government agencies.”

The document is very interesting in that it was written by someone who understands many of the facets needed to cover in such a declaration and speaks in language indicative of someone educated in legalese.

It also expresses intent of what we all feel…time for a revolution.

ON June 19, 2014 the organic American states of the Union — known as The United States of America exercising plenary civil power upon the land — issued Orders to all Members of the domestic Police Forces, US Marshals Service, the Provost Marshal, members of the American Bar Association, and the American Armed Services; and Appointed General Carter F. Ham to lead and command The Grand Army of the Republic (GAR) and its successors under the guidance of the Joint Chiefs of Staff and with their full support.

The Orders stIpulated that should it become necessary to suppress commercial mercenary forces operating under the guise of being federal government agencies — including but not limited to the Department of Homeland Security, the Federal Emergency Management Administration, the Internal Revenue Service, the Bureau of Alcohol, Tobacco and Firearms, etc. — General Ham shall assume immediate command and control of all armed forces and services owed to The United States of America stationed in North America and shall join them under his Command as The Grand Army of the Republic. And that all forces of air, land, and sea are to be employed.

Any cost or loss suffered as a result of deployment of The Grand Army of the Republic shall be charged as previously stipulated.

All effort shall be made by The Grand Army of the Republic to spare life and property while undertaking any action whatsoever within the states of the Union without exception.

If they are required to take field positions, the local commanders are ordered to make every effort to communicate the basis of their authority and the reasons for their presence on American State soil to ensure a prompt cessation of hostilities and a widespread understanding of the usurpations and acts of fraud which have led to any conflict.

All parties must be brought to understand the nature of the federal government, the limitations of its authority, and their own obligation to act in favor of the organic states of the Union.

The Grand Army of the Republic (GAR) shall continue to operate under General Orders 100 known as the Lieber Code, extant from the pen of the last Republic President, Abraham Lincoln.

No orders, Executive or otherwise, issued by Barack H. Obama pretending authority on the land of the American States while operating as “President” of the UNITED STATES Corporation nor as the “President” of the United States of America, are owed any performance by the Joint Chiefs of Staff, General Ham, or any Ordinary.

All plainly stated grants of contractual authority evident in The Constitution for the united States of America remain in place, subject to good faith performance of the accompanying obligations and treaties.

Read more of this document: