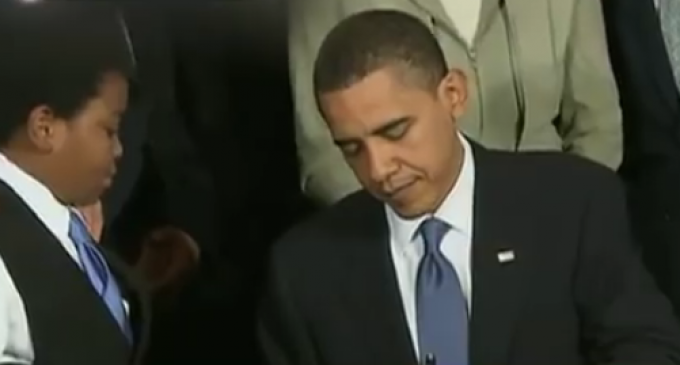 In 2009, the Democrats were one vote shy of the 60-vote supermajority needed to ram the Affordable Care Act — Obamacare — through Congress without the chance for Republicans to filibuster.  Despite being highly unpopular with the American people, the Democrats were hell-bent on pushing the bill into law with as little debate as possible.

After several strokes of good luck and a number of dirty tricks, Dirty Harry Reid and the Democrats succeeded in cramming Obamacare down the throats of the American people.

Despite promises by President Obama and his sycophants in the Senate, Republicans warned that there were many flaws in the hastily-passed law.  Obama repeatedly promised, “if you like your doctor, you can keep your doctor.”  It didn't take long to find out that this was false.

To read the concerns of major insurance CEOs and how market forecasters say the whole system may be in a “death spiral,” continue reading on the next page: