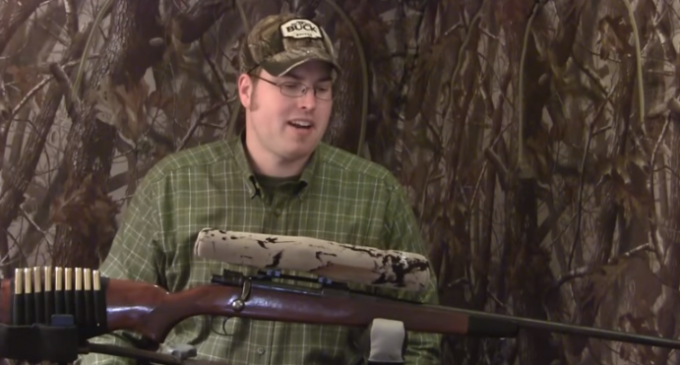 With the right to bear arms constitutionally guaranteed to Americans comes the responsibility that comes with owning something so powerful.

Indeed, one of the left's most commonly-repeated talking points is that the average person is too irresponsible to use a gun, with them concluding that the government must intervene to make sure only the “right” people own and operate guns.

Of course, the fact that there are all millions upon millions of gun owners walking around America today who aren't shooting everything in sight shows how absurd such a conclusion is, but nevertheless gun owners must take measures to make sure they handle their weapons properly.

It's not just a matter of actually firing the weapon: it also extends to the maintenance and care you take with your weapons. This is especially true for used rifles, which may still contain ammo or otherwise be dangerous if not properly inspected.

Watch video about how to inspect used rifles on the next page:

It might seem like a hassle to have to look over a rifle that probably doesn't have anything in it, but you never should take chances with your firearms. After all, you (and everybody else, for that matter) definitely do not want to risk handling the trigger on a previously-owned rifle that you didn't realize had the safety turned off:

“Open the action. With a light or reflector — and with the action open and bolt removed if appropriate — look down the bore. Clean, shiny and clear of obstructions, right? If not, let the bargaining begin!

While many rifles will shoot accurately with a slightly pitted bore, some won’t – and all will require more frequent cleaning. Work the action and see if there are any binding spots or if the action is rough. Ask if you can dry fire it to check the safety.

Some people do not like to have any gun in their possession dry-fired; others don’t care. If you cannot, you may have to pass on the deal. Or, you can assure the owner that you will restrain the cocking piece to keep the striker from falling