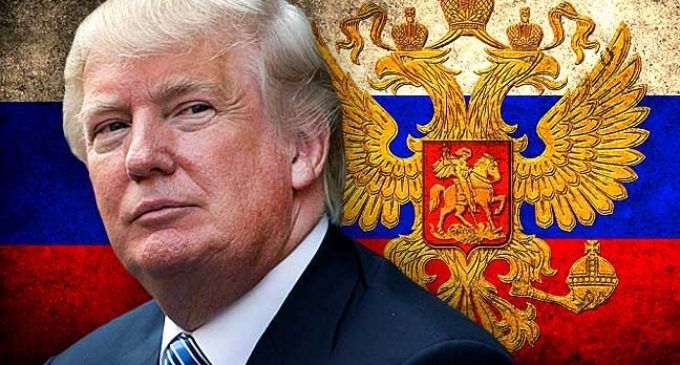 Remember the infamous Trump-Russia dossier story where a narrative appeared as if out of thin air from an investigative reporter who had done research on Trump and had uncovered detrimental information about the president's trip to Moscow?

It was an explosive story for about all of three minutes.  Trump had traveled to Russia and was involved in all sorts of deviant activities with prostitutes and behavior that seemed something bordering on “complete fantasy” when one imagined the 70-year old Trump.

As it turns out, the story was in fact “complete fantasy” and later, when it was additionally discovered that John McCain himself had been one of the main players in this rotten story, Trump supporters breathed a collective sigh of relief that the story had merely been concocted in order to do the highest political damage to the new president.

For his part, McCain waved off the controversy in a stuttering attempt to make it seem as if he was just doing his God-given civic duty by passing on what he assumed was “significant” information regarding a breach in protocol of a government official.

That whole episode seemed to have been quickly and quietly swept under the rug, disappearing like a phantom in a graveyard.

The Senate Judiciary Committee is apparently very busy these days.  Not only are they dealing with an on-going scandal relating to a former Senator, one of their own, being involved to some degree in a very strange case of Russian interference in the passage of a Congressional bill, but they are still attempting to get to the bottom of the whole Trump-Russian dossier case.

Senator Charles Grassley, Chairman of the Committee, has been attempting to put together a proper line of questioning regarding the dossier subject matter in order to draw some conclusions about its origins.  The Senator would like some answers as to why this story ever got as far as it did in the first place.

In so doing, he has produced a series of letters to departments within the U.S. government, including the Federal Bureau of Investigations (FBI), the Department of Justice, the Counterintelligence Division of the National Security Office, and several non-governmental entities.

In essence, the most important and explosive question is this:  How did one of the most adept investigative bodies on the entire planet somehow get duped into initially accepting a series of documents and then, treating said documents with such perceived importance, only to later conclusively dismiss the fraudulent materials with cavalier disregard?

In other words, how did you, FBI Director, get taken to the toolshed in this case when the documents' validity appeared to be so weak and disjointed as to be immediately red-flagged by even the most junior of sleuths?

Read on for the marrow in these bones.