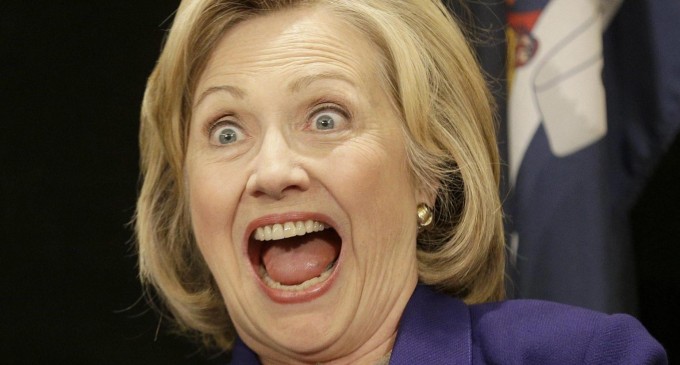 If the latest allegations are true, Hillary Clinton is covering up a lot more than just the truth about Benghazi.

During the last Democratic debate, the party frontrunner disappeared for a conspicuously long period of time. Some snickered that the former Secretary of State must have needed a long bathroom break, but law enforcement sources connected to Clinton's campaign are telling a very different, very concerning story.

According to New York Police Department officer John Cardillo, Clinton's extended absence from the stage was due to a flare-up caused by a brain injury she suffered from. He initially made the allegations on Twitter and elaborated on them for Breitbart News.

“Strong source just told me something I suspected. Hillary’s debate ‘bathroom break’ wasn’t that, but flare up of problems from brain injury,” the former NYPD official said.

He also maintains that three separate individuals involved with the Clinton campaign have corroborated his claim, one of whom is reportedly a federal agent and another who also worked for the NYPD. Cardillo emphasized the credibility of the allegation by pointing out that although he knows all three sources separately, “their stories were almost all identical.”

Read more about Hillary's possible brain injury on the next page: