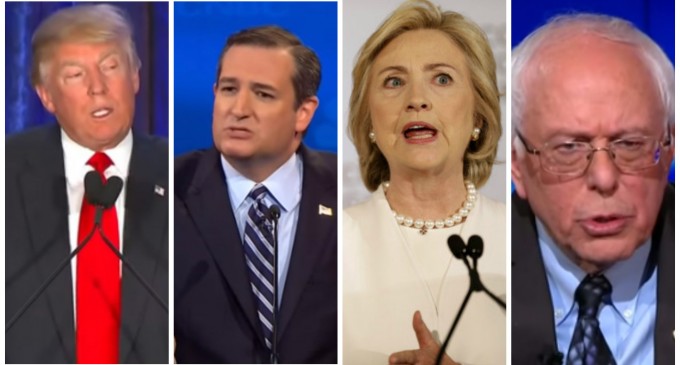 Liberals may be excited about Bernie Sanders' and Hillary Clinton's tax plans, but they won't be once they realize how much it will hit their wallets.

When Democrats think about raising taxes most of the time, they're thinking of it strictly in the context of making the rich “pay their fair share”, i.e. pay even more than they already do. Very rarely do they ever think that it could – or will, rather – be them who end up footing the bill.

While both Donald Trump's and Ted Cruz's plans would see Americans across the board earn more for each paycheck they receive, Bernie Sanders' and Hillary Clinton's policies would force even the most financially-pressed taxpayers to pay higher rates and get by on less money.

Of course, Democrat partisans are rushing to trivialize the consequences of their candidates' tax plans and fear-monger over the alleged effects of the Republicans' plans. Incredibly, they are arguing that giving taxes back to the people who pay them will actually hurt the nation:

As you can see, everyone hands over more money to the government if a Democrat is elected Commander-in-Chief – not just “the rich.”