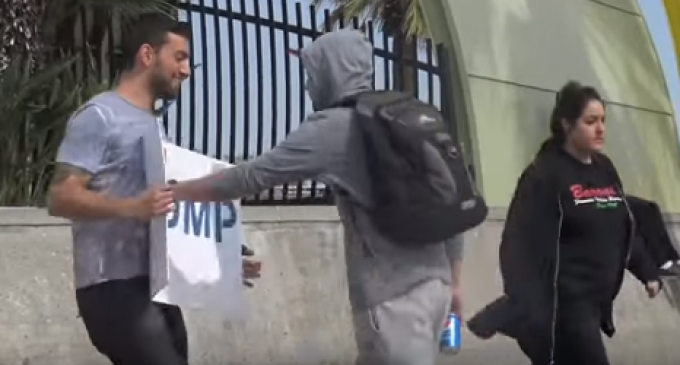 In a Bernie versus Trump head to head, which candidate stirs up the most violence?  The media has presented Trump as the one who is “inciting violence” at his rallies, while ignoring the facts that the unrest comes from the paid agitators who are socialist Sanders supporters.

A popular YouTuber, Joey Salads, conducted a social experiment to settle the score.  He hit North Hollywood streets to compare the reactions of passersby while he held a Bernie sign and alternately, a Trump sign.

Hollywood, is by default, the land of liberalism and thus it is a Socialist Sanders Paradise, but the amount of hate seen in social experiment underscores just how lost those on the left truly are.

Check out the video on the next page by clicking the link.