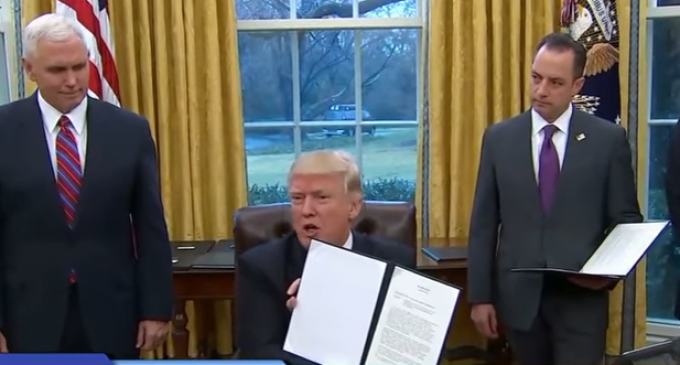 The dizzying pace at which Donald Trump is tackling the presidency might be surprising to even his closest advisors.

Throughout his presidential campaign, it was often assumed that Trump would be a more hands-off president. Paul Manafort, Trump's onetime campaign manager, suggested this himself in an interview with MSNBC's Rachel Maddow. “[Trump] needs an experienced person to do the part of the job he doesn’t want to do,” Manafort said during the VP selection process, “He seems himself more as the chairman of the board, than even the CEO, let alone the COO.”

Now that Trump has taken the oath of office, that doesn't appear to be the case. Trump is working fast and working hard as president — and he's outpacing previous administrations by a considerable margin.

See why The Hill is calling Trump's pace “dizzying” on the next page: