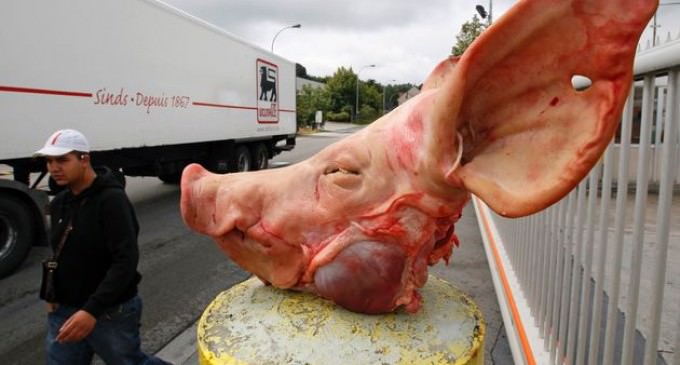 Meanwhile, the list of things that people find offensive has grown by thousands of pages since 2013, when four Englishmen tossed a severed pig's head at a Mosque in retaliation for the brutal street butchering of Lee Rigby, a British soldier, who was run down by a car and then decapitated by two Muslims in the middle of the day.

Of course, the judge wouldn't side with them one iota come the day of their sentencing. Instead he gave the four individuals responsible for the pig head toss four to fourteen months in jail. While this is certainly appalling, it isn't exactly an unexpected move from a British authority figure.

Read more about the pig's head on the next page.