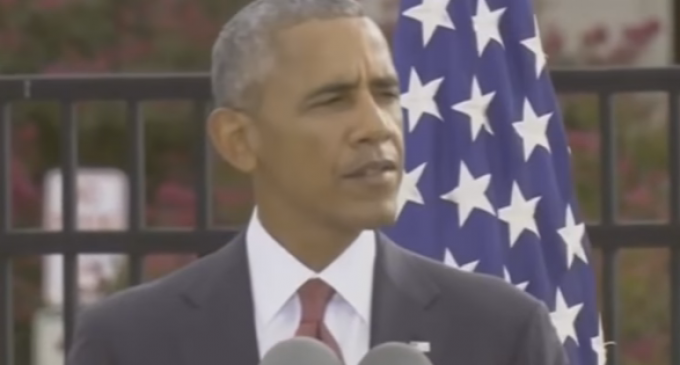 Barack Obama waits for no one — not even the victims of 9/11.

This week, the president had a moment of silence dedicated to the fallen heroes of the September 11th terrorist attacks rescheduled because he was ‘impatient,' according to the Daily Caller.

It's not clear what caused Obama's impatience. It's not as if his administration is wait-deep in unfinished business. If so, surely Obama could have taken some time out of his summer vacation to tend to his presidential agenda.

Instead, all signs point to a president who no longer cares about appearances. Obama will never again run for office, so stops such as these no longer serve a political purpose. He even admitted this in his explanation for his absence in Louisiana after this summer's devastating floods.

Thankfully, the president didn't skip out on the event entirely, and stuck around long enough to give a speech. See what Obama said on the next page: