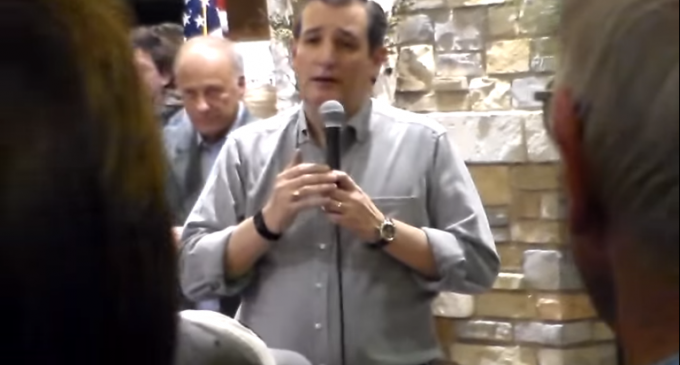 When Ted Cruz put on the spot about positions of his, he doesn't back down from what he believes to pander for votes.

This was definitely the case Wednesday night when the Texas senator was attending a campaign function in Iowa. He was approached by a woman who questioned him in front of the crowd about his stance on illegal immigration.

The woman, whose parents brought her to the US as a child and was permitted to stay in the country due to President Obama's Deferred Action for Childhood Arrivals program, expressed her concern that she would be deported the first day of a Cruz presidency.

“As a DACA holder myself, I am worried about whoever comes next in the presidency and what’s gonna happen to people like us?” 30-year old Ofelia Valdez asked the candidate. Although many in the audience were shocked by Valdez's audacity, Cruz politely answered her question, even though his answer certainly wasn't the one she was looking for.

See footage of the incident for yourself on the next page: