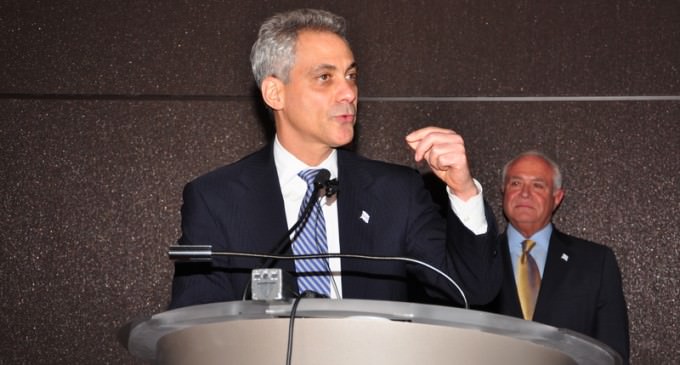 The sweeping wave of anti-police hysteria stoked by liberals is beginning to backfire on them, hitting a few of their numbers where it hurts.

With Chicagoans outraged by what they deem to be his insufficient response to the killing of 17 year-old Laquan McDonald by a Chicago PD officer now charged with murder, Mayor Rahm Emanuel is now facing a coordinated attempt by his fellow politicians.

Democrats want to remove him from power. The repercussions of the killing have been felt across the state, if not the nation, with Illinois legislators La Shawn Ford and Mary Flowers introducing a bill that would make it possible for voters to recall the mayor, something not possible under current Illinois law.

This is especially troubling for the former White House Chief of Staff since both Ford and Flowers are Democrats, indicating that even Emanuel's erstwhile allies are turning their backs on him.

Read more about the move to impeach Emanuel on the next page: