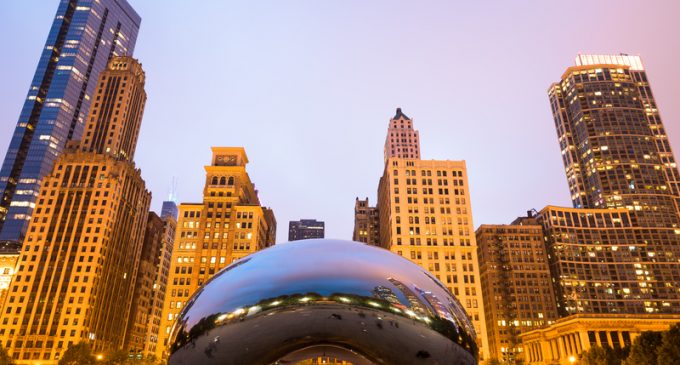 Like a person on assistance who has been determined to be able-bodied and must now go to work for their benefits, Illinois is currently facing real and impending financial issues that may just send it over the edge if state assembly Democrats continue to refuse to come to the negotiating table with a genuine will to fix the crunch.

Illinois has been told in no uncertain terms by financial institutions and its state comptroller, which pays its bills, that they are now spending 100% of their taxpayer income on bills that come due each month with no money leftover for discretionary spending.  The state has a long history of financial problems that stem from an over-generous pension system and a Leftist attitude that they don't have to worry about paying their bills, that they'll just raise taxes.

The problem with that assessment is that the tax base has been shrinking dramatically.  The residents and businesses of Illinois have been leaving the state in droves, reducing the revenue that they depended upon as they continue to issue these generous pensions.  As it stands right now, the state is in debt up to its receding hairline to the tune of $130B (with a “B”) in unfunded pension obligations and an additional $13B of backlogged unpaid bills.  Even the state's lottery is about to end as it cannot sustain such a gambling industry and will not be able to pay its annual stipend to the Powerball and Mega Millions authority by June 30th.  Imagine for a moment the riots in the streets that will occur when the lotto junkies are unable to get their tickets!

The Republicans won the governorship there just a short two years ago, with Bruce Rauner defeating the incumbent Democrat Pat Quinn.  The resentment on the Left in the state assembly is so palpable that the Democrats there refuse to work with the governor in addressing these severely crippling money issues.  The longer they wait, the more dire the situation becomes.  As it stands, the state has not voted on a complete budget in nearly three years.  Not that a new budget has not been offered.  The governor has offered his version of a state budget, but according to Democrats, not enough was done in compromise to warrant a vote.

Now, the Moody's Investors Services has downgraded the Illinois credit rating to the lowest of any state and, in fact, the lowest that it can go before bankruptcy.  Read more on the following page about Illinois' financial death spiral.