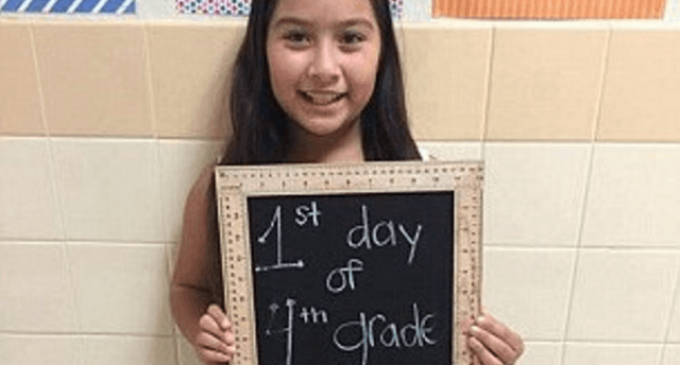 Last June, Donald Trump announced his intentions to run for president of the Untied States during a speech in New York City. During the speech, he said that “[Illegal immigrants are] bringing drugs, they're bringing crime, they're rapists. And some, I assume, are good people.”

That quote led the mediator believe his campaign was dead-on-arrival. One year later, he was accepting the Republican nomination.

So why didn't Trump's “inflammatory” remarks stall his candidacy before it got off the ground? Because his accusations are true. Illegal immigration is rising crime in the United States of America, and our citizens are sick of politicians who are too scared to tackle the problem once-and-for-all.

But those politicians are still in power today, which is why Americans continue to be murdered by illegal immigrants with stunning regularity.

See the latest story of a 10-year-old girl  killed by an illegal immigrant on the next page: