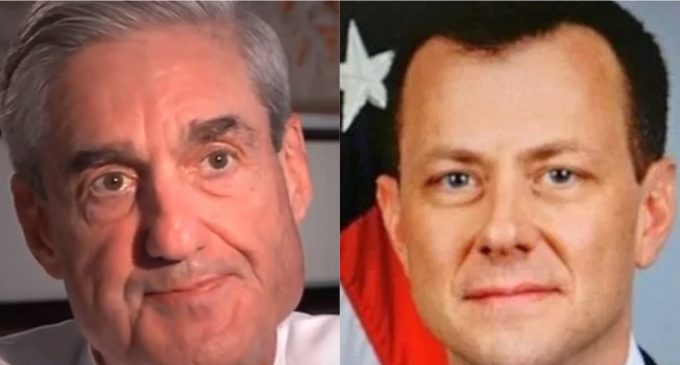 The Department of Justice Office of the Inspector General (OIG) has just released a report on its investigation regarding the recovery of text messages from FBI mobile devices owned by former FBI agents Peter Strzok and Lisa Page. Both Strzok and Page, who were involved romantically, played key roles in the Special Counsel Office’s investigation into the Russian collusion witch hunt.

The text messages will never see the light of day because Robert Mueller’s special counsel’s office wiped them clean before handing them over to investigators. According to the IG report, Mueller's team is specifically responsible for the scrubbing of the Strzok phone, while the explanation for how Page's phone was wiped is a bit unclear.

The IG report says the investigation into missing texts began when the office learned of a “gap” in the archiving of the texts, particularly those related to Strzok’s and Page’s Apple iPhones.