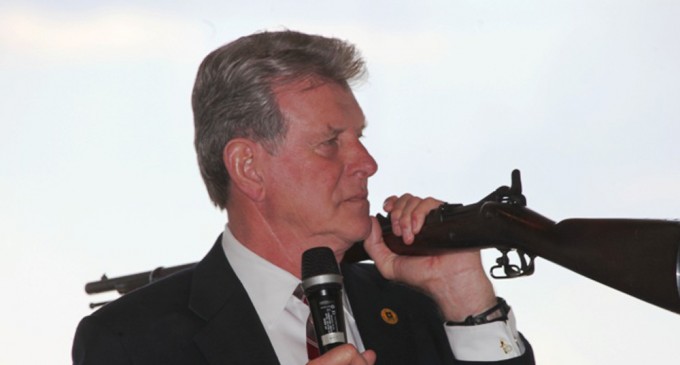 Another state weighs in on the side of gun owners in the heated debate over the Second Amendment in general and concealed carry in particular.

As part of the left's larger push against guns, they have worked tirelessly to deny Americans the right to carry concealed firearms on their person. This has led several states to pass legislation granting citizens of legal age to apply for permits to carry weapons in such a manner, with Idaho being the latest to join this larger trend.

Signing Senate Bill 1389, Governor Butch Otter has enshrined concealed carry into law. In fact, he went even one step further than most concealed carry legislation currently in effect, cutting out the permit process and letting the Constitution itself serve as Idahoan's permits. However, the process will remain in place for citizens who wish be concealed carry compliant in other states.

The bill's passage will almost certainly come as a relief to gun owners. Prior to it being signed into law, firearms rights supporters were concerned that people could be prosecuted if a piece of their clothes so much as blew over their weapons in public. Thankfully however, the introduction of permitless concealed carry renders this scenario unlikely:

“According to KTVB, Governor Otter released a letter on March 25 which said, ‘I’m a gun owner, a hunter and a lifetime member of the National Rifle Association. I have consistently championed our citizens’ gun rights throughout my years in public office, and I do so again today in signing Senate Bill 1389 into law.' He also used the letter to stress his conviction that SB 1389 ‘is consistent with the U.S. Constitution,' and encouraged those who will carry without a permit to be sure they are trained in the proper use of firearms.

The law abolishing the need for a concealed carry permit goes into effect in Idaho on July 1, 2016.”