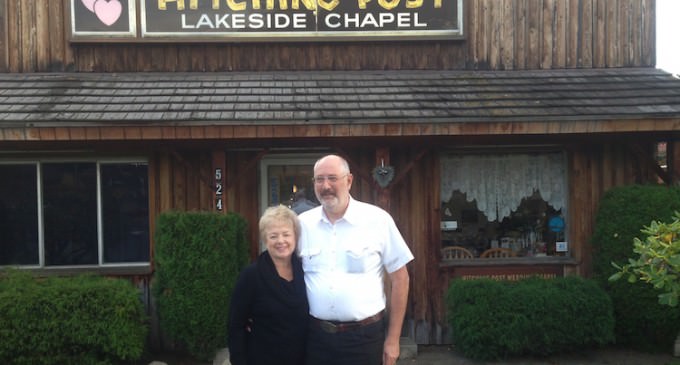 Donald and Evelyn Knapp, both ordained ministers, have refused to marry a same sex couple in their chapel, The Hitching Post.

Now they face a $1000 fine for each day they decline hold the wedding and up to 180 days in jail.

City officials from Coeur d’Alene, Idaho, states that the city has a non-discrimination statute that includes sexual orientation and gender identity, and because same-sex marriage became legal in Idaho on Oct. 15, 2014, the couple would have to conduct these weddings in their chapel.