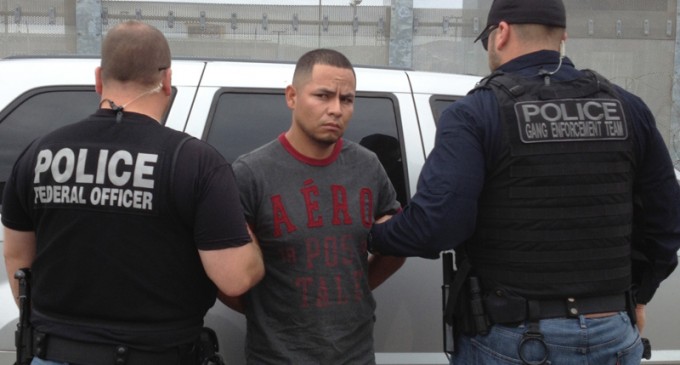 It was nearly one year ago that a young woman named Kate Steinle was gunned down while walking with her father on a San Francisco pier.  The murderer was an illegal alien named Francisco Lopez who used a federal agent's stolen gun to randomly and senselessly kill the beloved 32-year-old.  What made this murder even harder to bear for Miss Steinle's friends and family is that it should never have happened in the first place.

Under San Francisco's sanctuary city policy, Lopez — who had been arrested two months before he killed Steinle — was released from custody, despite an official request from Immigration and Customs Enforcement (ICE) that they hold him.  Francisco Lopez had been deported five times, but thanks to lax border security was able to reenter the country each time.

Now, it appears that ICE perhaps has just given up on even attempting to enforce any immigration laws altogether.  According to a new report, the federal agency released nearly 20,000 criminal illegal immigrants back into the general population in 2015 — hundreds of whom were convicted of sex crimes and even murder.  To read about this astonishing act by the agency that is supposed to protect our borders, and to find out how many criminals were released in your state, continue reading on the next page: