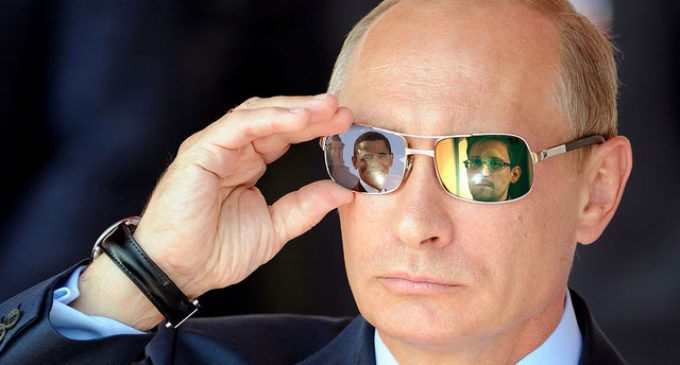 Whistleblower Edward Snowden’s exposure of extensive, unconstitutional U.S. citizen-surveillance continues to be a major blow to the nation, but according to the Russian President, Obama seems to have little to worry about, “because he can get away with it.”

“How do I feel about Obama after Snowden’s revelations? I envy him, because he can get away with it,” Putin said during a Thursday news conference in Russia.

He called it “one of the oldest professions in the world, just like some other well-known professions — we won’t mention them here,” an apparent reference to prostitution.

But Putin did say regulations, such as those envisioned for the NSA, are necessary: “On political level, it’s necessary to limit the appetite of special services with certain rules.”

As for Snowden — granted political asylum by Russia earlier this year — Putin said: “To speak in professional jargon, operatively speaking, we are not working with him, and we never worked with him.

“It is up to him to determine his future,” he said. “We are not going to help him, just give him shelter.”