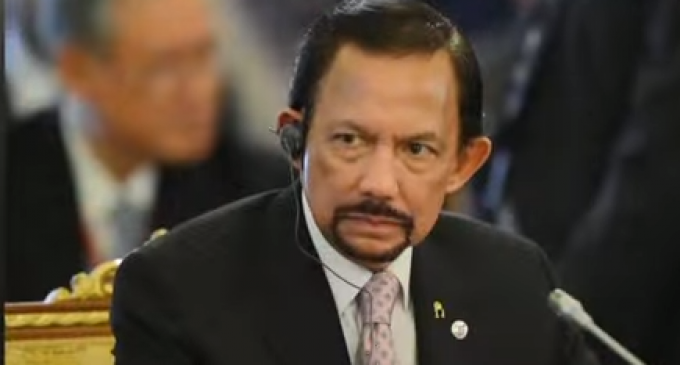 Sharia law is the law of the land in Brunei but not the law for the law giver, the Sultan Hassanal Bolkiah, who according to a former harem girl, indulges in every sin that goes against the Koran.

Adultery, alcohol, homosexuality are all punishable by stoning and flogging, but for Bolkiah and his brother, Prince Jefri, the rules don’t apply.

The newest law of the land is that Christmas is a crime for Muslims in Brunei and punishable by five years in jail.  Non-muslims are allowed to celebrate in their communities, if they don’t get caught organizing a celebration.

Apparently the Sultan is afraid the celebration of Christmas will undermine his power grab via his institution of Sharia.  Sixty-five percent of the population of 420,000 are Muslim and Bolkiah is afraid Christmas will affect the faith in Brunei.

No fun, no Christmas, no nothing for the peasants of Brunei, but all is in play for the Sultan and his brother.  View the video on the following page on the hypocrisy of the regime.