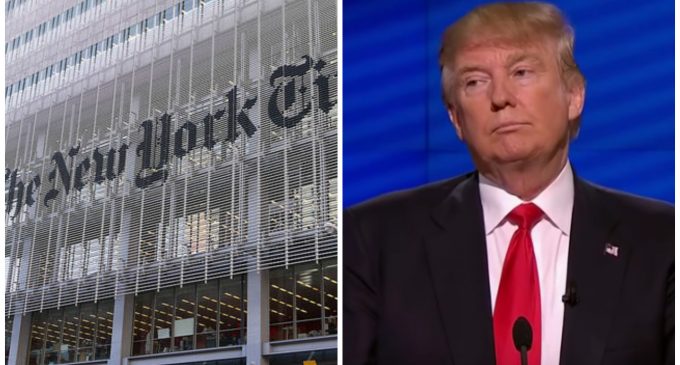 Ethics in journalism is officially dead at The New York Times. Earlier this week, the newspaper published an illegally obtained document with a damning — but unverified — claim. “Donald Trump tax records show he could have avoided taxes for nearly two decades,” the headline read. It was an article clearly meant to hobbleTrump's campaign. In many ways, the sabotage backfired.

First of all, the “revelation” wasn't entirely shocking. Trump's mid-90s losses are well documented at this point, and the fact that those losses are deductible on future taxes isn't news. The only thing the Times actually proved is that Trump lost $916 million in 1995.

The outrage is supposed to come from the fact that those losses could have allowed Trump to go tax-free for years, but that's a result of our tax code — not any wrongdoing on Trump's part.

But there is a story here, it just has nothing to do with Trump. Instead, it's the New York Times that's now under fire for tax dodging.