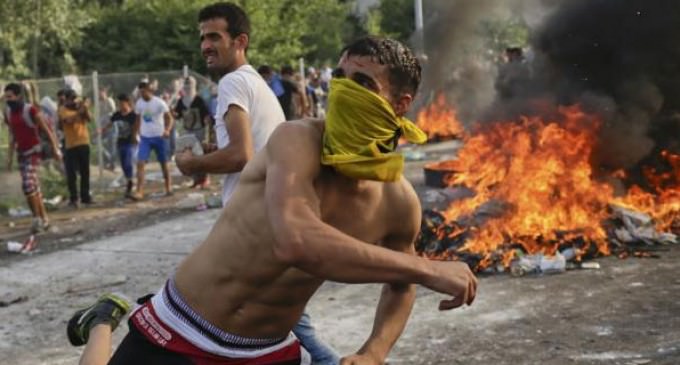 Naïve benevolence and kindness in Europe has led to brutal violence in reply.

Hungary detained 29 migrants last night in the aftermath of mass rioting at its Serbian border, at least one of whom is an identified terrorist.

Extraordinary scenes of violence were witnessed at the Roszke-Horgos border crossing last night as 1500 Islamists attempted to break through the country’s border fence. Hungarian police were forced to fire tear gas and water cannons as the rioters hurled missiles, including rocks and concrete, while chanting “allah hu akbar.” Read more about these poor, needy, peace-loving Syrian refugees on the next page: