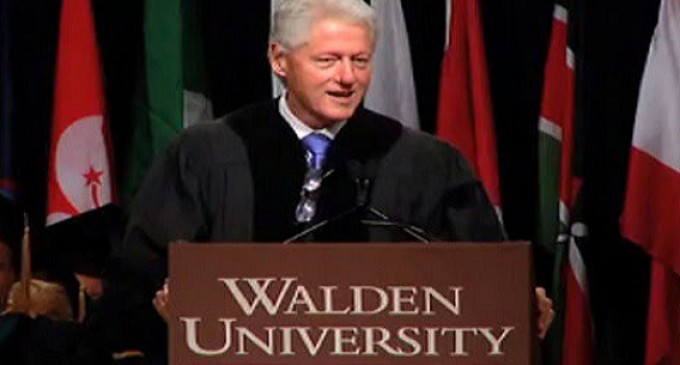 The media has raised a heck of a hullaballoo over alleged malfeasance at Trump university, but is curiously mum about similar claims made against an educational institution directly tied to Hillary Clinton.

Officially named Walden University Online and operated by Laureate Education, the online college is so intwined with both Hillary and Bill Clinton that it is colloquially referred to as “Clinton University.” In fact, Bill serves as ‘honorary chairman' for Laureate Education, a position that earned him $16 million.

While the college may have turned a hefty profit for the former president, it created a lot of headache for the people who actually enrolled in it. Hundreds of reports from former students claim that Walden has repeatedly shuffled department chairs and faculty and altered programs in order to keep them from completing their studies and obtaining their degrees. The resulting delays have led to the afflicted parties being saddled with hundreds of thousands of dollars in debt.