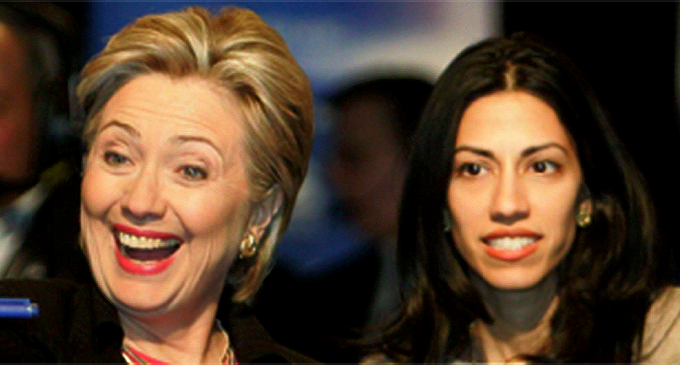 Would a Hillary Clinton White House include spies? Not just the sort or foreign agents who manage to use subterfuge to get themselves into positions where they can accesses classified information for their home countries.  In this case, the question is whether Hillary would bring with her one particular person, a person Hillary knows to be an agent for Saudi Arabia.

We're referring of course, to Huma Abedin, the woman who seems always to be at Mrs. Clinton's side, and has been so for many years.

Let's go back to our original coverage of this story before examining new revelations.

According to Roger Stone, speaking with host Stephen K. Brannon in an interview on Breitbart News Daily, Huma Abedin’s connection with MWL, which is directly tied to the Rabita Trust, designated a “Specially Designated Global Terrorist Entity”, lead experts to believe that she is most likely a Saudi spy.

She doesn't look like the person you'd trust with state secrets, does she?  (Of course, neither is Hillary – so maybe the two make a great pair,)

Now we have a retired Navy SEAL weighing in on the story.