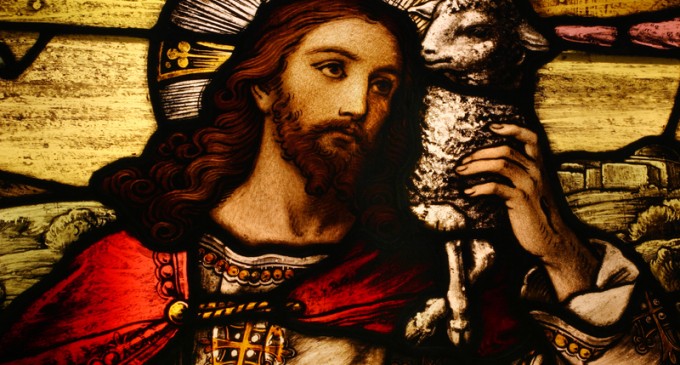 Progressives are often sophists who claim to believe a position in order to twist the meaning of the position and to make their point or win their argument. So it is in a blog posted on Huffington Post by Suzanne DeWitt Hall, who claims that Jesus was the first transgender.

For the last six thousand years, it has been fairly clear that there were only two sexes, and biological “accoutrements”  in the form of male or female genitalia made their identification fairly simple. More recently, scientific chromosome studies have made it even easier to differentiate who is a man and who is a woman. But incredibly in the last ten years or so, the LGBT community has ‘discovered' that gender is fluid, and it is determined by how a person feels that day, not by biology.

One day a virile young fellow might be feeling like Arnold Schwarzenegger, so he identifies as a man that day, but the next, perhaps like Marilyn Monroe, so he is somehow a woman. And society is asked to accommodate that schizophrenia and act as if that makes sense. The vast majority of the population, more than 99%, in fact, is also asked to ignore their own sexual identification and accept these confused and demanding creatures as one of their own, no matter what physiological evidence there is to the contrary on any given day.

The Left recognizes the weakness of their position, but they are committed to the objective of tearing down standards and structures of a normal society, one that has been around since time began, and so they must invent new reasons to make their case.

Ms. Hall has decided to twist and distort Biblical doctrine to make her case, because the Bible is one of the bedrocks of civilized society as well as establishing social mores and standards. How ingenious to turn society upside down and malign the Bible at the same time. As with most fallacious liberal arguments, however, the logic is tortured and the conclusions are based on incorrect assumptions. That, however, is not a problem, nor is the blasphemy that is presented, because to Progressives the Bible and Jesus are not real, so all blasphemy or heresy is acceptable because the objective is simply to use what is sacred to most as a foil to make their case.

Read Halls arguments about Jesus being transgender on page 2: