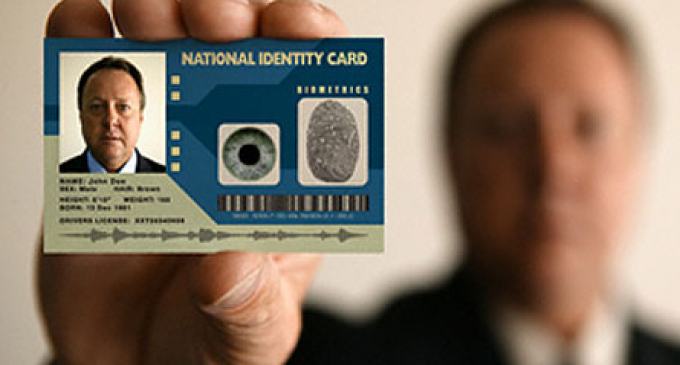 American patriots have long had a deep-rooted fear of a living in a toleration state. With the creation of H.R. 4760 earlier this month, that prospect just got hear a lot sooner than most people expected.

RINO leaders in Congress are once again plotting with their fellow establishment Democrats to stab every patriotic American right in the back. Using the pretext of curbing the effects of giving DACA participants permanent amnesty to millions of illegal aliens, the bipartisan swamp creatures are working together to finally bring about the Deep State’s goal of creating a MANDATORY national BIOMETRIC ID CARD system for ALL AMERICANS.

It goes without saying this stands to threaten the rights of every citizen. Social Security cards were originally created just to be used for retirement purposes, now you can’t officially do anything [within your rights as a citizen] without providing this government issued number.

Your papers please, your ID Card, are now about to become everyday words needed for everything ranging from boarding a flight, getting a job, to doctor’s offices and subway systems. Each one keeping an electronic tab of your whereabouts and actions, next to a set of your fingerprints, retinas, and hand veins in a big government controlled database.

Head on over to the next page to hear how sneaky swamp creatures are trying to sneak MANDATORY BIOMETRIC ID Cards into House Bill H.R. 4760 under the guise of fighting illegal immigration and supporting the MAGA agenda