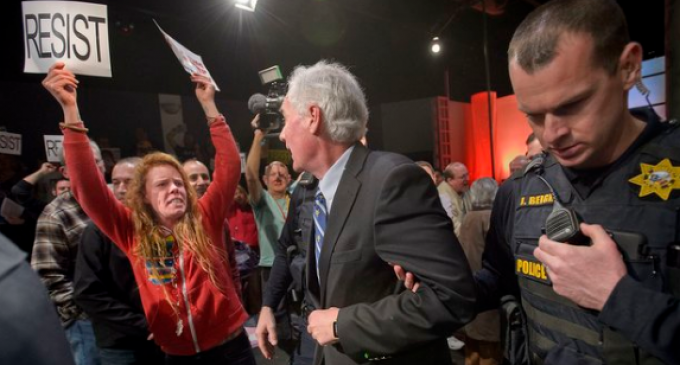 One year into Barack Obama's presidency, the administration moved forward with their plan to socialize medicine in the United States. The backlash was fierce and immediate. At town halls across the country, legislators were inundated with opposition from conservative constituents.

Now that Obamacare is set to be repealed, the Democrats are the ones planning to protest — and many House Republicans are concerned.

While the conservative opposition to the Affordable Care Act was often rowdy and unruly, the protestors never got violent. But, as we've seen in recent months, liberal protestors have a propensity for violence.

Earlier this week, House Republicans held a closed-door meeting to discuss the safety of their members during the upcoming repeal.

Read about the precautions they're being told to take on the next page: