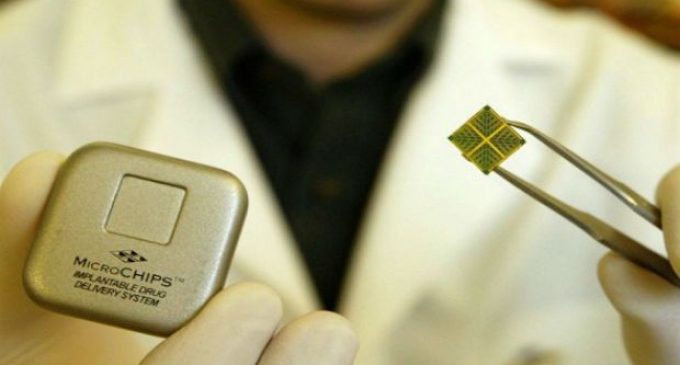 The issue of mandatory government microchipping of citizens is a hot-button issue, the opposition to which crosses ideological boundaries.  Civil libertarians will see this as an unjustified and unconstitutional intrusion into essential freedoms.  The patriot movement will identify it as another piece of evidence demonstrating the government's desire to exert total control over people's lives.  Many within the Christian community will see it as the “Mark of the Beast” foretold in the Book of Revelation.

At this point, legislation has passed the US House of Representatives authorizing the microchipping of those with significant mental disorders as a way of reducing the danger of their disappearing and thereby suffering some harm.  Interestingly, it garnered quite a bit of bi-partisan support, passing with more than two-thirds of the congressmen voting in favor of the bill.

More on this ominous legislation, including videos follows after the break: