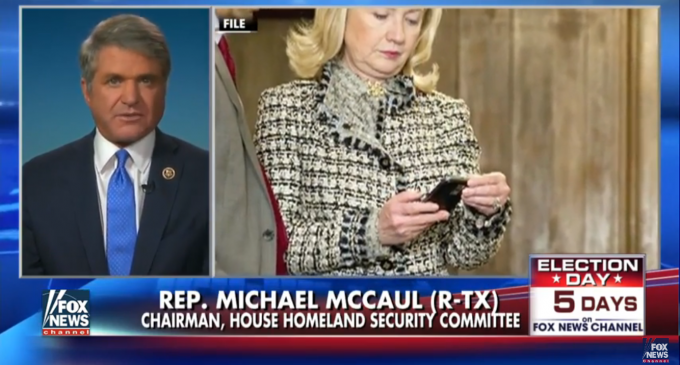 Hillary Clinton has been accused of many things over the years, and after today, she can finally add treason to that long, long list.

Even the most politically oblivious among us are able to discern Hillary's craving for wealth and power, something that made even staunch Democrats rally behind Bernie Sanders during the party's primary. But thanks to some slick maneuvering on the part of the DNC, Hillary was able to retain her stranglehold on the party and browbeat her fellow Democrats back into line and now she is poised to do the same thing to the country.

If God forbid she does become president, then her priority will not be the security of the country and the safety of Americans: her priority will be making sure that she gets what's hers, regardless of what happens to everyone else. If you need to consider the possible consequences of such behavior, consider what happened after she mishandled classified material on her private email server.