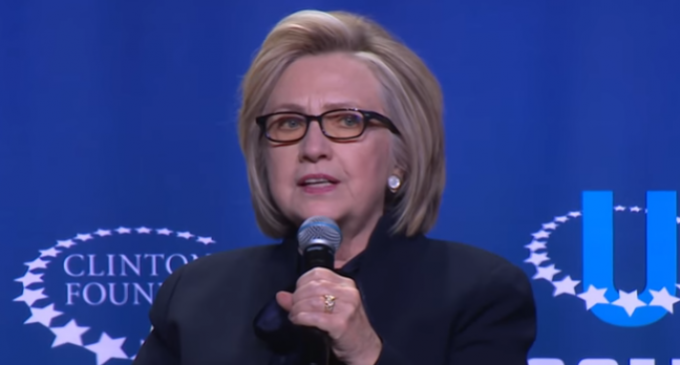 Perhaps Hillary Clinton was correct when she reportedly said during the 2016 presidential campaign, “If that f-ing b*stard Trump wins, we all hang from nooses.”

On December 5th, just one month before Democrats take control of the House, Republicans will hear testimony from the prosecutor appointed by Attorney General Jeff Sessions to investigate criminal allegations by the Clinton Foundation, according to Rep. Mark Meadows (R-NC). The Clinton Foundation has been dogged by allegations of “pay to play” during Hillary’s tenure as secretary of state.

Meadows, who is chairman of the House Oversight Subcommittee on Government Operations, told The Hill that it’s time to “circle back” to U.S. Attorney John Huber’s investigation with the DOJ.

“Mr. Huber with the Department of Justice and the FBI has been having an investigation — at least part of his task was to look at the Clinton Foundation and what may or may not have happened as it relates to improper activity with that charitable foundation, so we’ve set a hearing date for December the 5th,” Meadows said.

Meadows made a couple of startling claims on Tuesday. Turn the page for the full story.