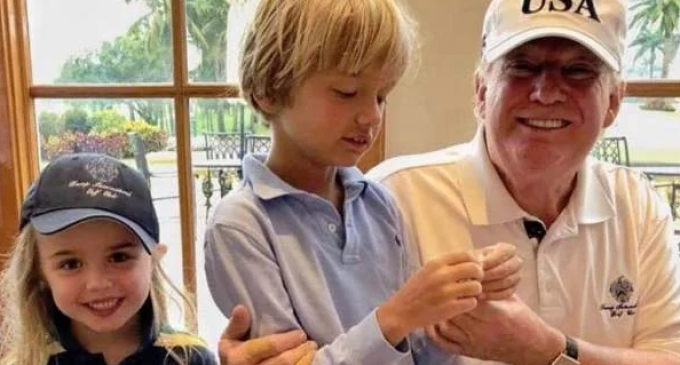 …to Kai Madison Trump, the oldest daughter of Donald Trump Jr. and wife Vanessa, who was born on May 12, 2007. As part of House Democrats rabid offensive against our President, they have not only subpoenaed Trump’s personal records but that of his children and grandchildren.

President Trump and his family have filed suit against Deutsche Bank and Capital One to block the subpoenas issued by House Democrats, arguing that they serve “no legitimate or lawful purpose.”

From a federal lawsuit filed Monday in New York by Trump’s lawyers: “The subpoenas were issued to harass President Donald J. Trump, to rummage through every aspect of his personal finances, his businesses, and the private information of the President and his family, and to ferret about for any material that might be used to cause him political damage,” the lawsuit contends. “No grounds exist to establish any purpose other than a political one.”

Gee, you think it could be political? Perhaps not. For all we know little Kai Trump may have had help from the Russians with a lemonade stand.