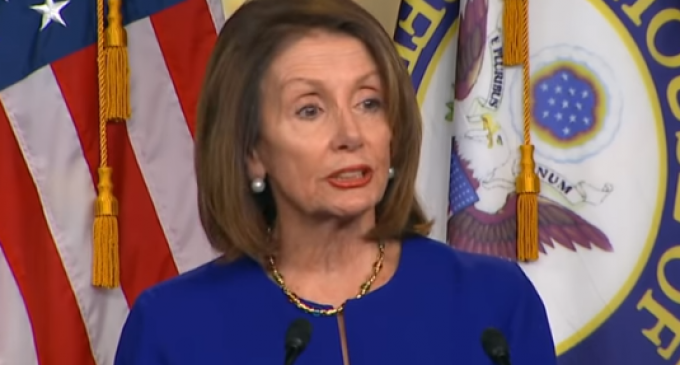 Nancy Pelosi said in December that when Democrats took control of the House, one the first orders of business would be to obtain President Trump's tax returns. Democrats have alleged that because officials from foreign government patronize President Trump's hotels, that he is likely in violation of the Constitution’s emoluments clause, which bars presidents from receiving gifts of substantial value from foreign governments.

Even though Pelosi is co-sponsoring H.R. 1, legislation that would force President Trump and Vice President Mike Pence, but not members of Congress, to release their tax returns, she refuses to release her own.

House Speaker Nancy Pelosi (D-Calif.) “will gladly release her tax returns if and when she runs for president,” says her Chief of Staff Drew Hammill.

When CNSNews.com repeatedly followed-up and asked Hammill to directly confirm that Pelosi, as speaker, would not release her tax returns, Hammill did not respond. We all know how Donald Trump made his money, but how did Speaker Pelosi, who earns $223,500 a year, accumulate a net worth of $120 million?

Turn the page for details on the Democrat's demand of the IRS.