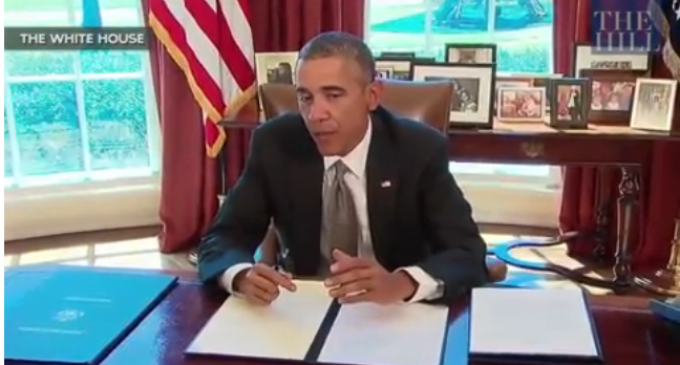 After news broke last week that two of the Paris gunmen traveled into the EU through Greece's refugee program, many states scrambled to shore up the security holes in their own programs. Not Obama. He think his own program is just fine, thank you very much, and he's not letting anyone change it.

This news is in response to a Republican drafted bill that would impose stricter scrutiny on the Syrian immigrants Obama is bringing into this country. What the legislation didn't do, it's important to note, is change the number of refugees America is accepting. It simply makes the vetting process more thorough, more accountable, and more safe. This bi-partisan “win-win” of sorts is proven by the vast majority with which the legislation passed. Republicans and Democrats alike got behind the bill, and sent it forth with 2/3rds of the chamber in agreement.

Regardless, Obama refuses to let anyone investigate the people he's trying to bring in. It's an odd stance to have, considering one would assume he'd like the American people to think the Syrians he's shipping to U.S. have sterling reputations. Maybe the problem is that they do not.

As such, he's formally threatened a veto, and it's up to the Senate to overcome his action.

See what the Senate leaders have to say on the next page: